END_OF_DOCUMENT_TOKEN_TO_BE_REPLACED

Since upgrading my iPhone to iOS 9 I have come across two annoying bugs. One is simply a visual bug where it will not display the mark as read button on the email notification that comes up when ever I get an email.

I have noticed both on the banner and lock screen. 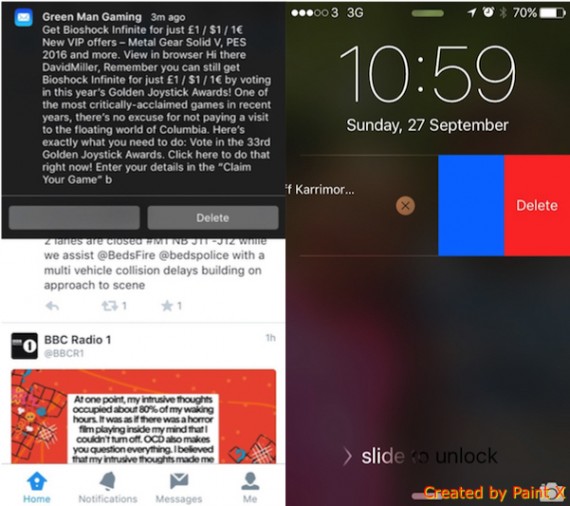 As I said it’s nothing major but it is rather annoying.

Another bug I have noticed since upgrading is something that everyone else seems to be talking about – Wifi issues! Every now and then my WiFi connection just randomly disconnects. It seems to be intermittent when it happens and can be quite frustrating. I have however found some simple to follow guides from Redmond Pie that will help anyone else suffering with the same issue as myself.

Aside from the two bugs above,  I haven’t found anything else wrong with it thankfully, and lets hope it stays that way!