It’s now the 7th of May and at 11am this morning I had my CSCS test, and as I had hoped I passed my test. This is great news for me as it opens up so many doors for me within the company.

Now that I have my CSCS certificate I will be arranging with my supervisor’s permission and assistance days out with the crews and inspectors, at least that’s the goal any way. 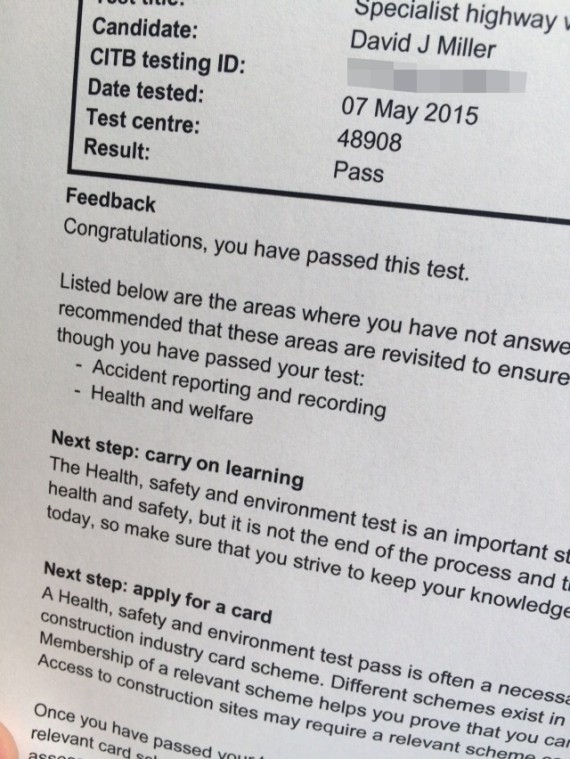 Within the next 18 – 24 months I would like to start moving my career towards becoming an inspector on the roads, so learning how the MRT’s and the inspectors do their jobs will be very handy when a position does become available, but as we are nearing the end of the contract with Highways England I don’t know how this will turn out. Either way, the experience I have currently should allow me to get a job somewhere else if all goes to pot for the rebid next month.

Finally things at work are moving forward a bit. Last week I went to a meeting to help evaluate one of the depots that the Maintenance Response Team work out of, and afterwards I was invited down to the depot to meet the guys and see how things are done from their perspective.

While having the invite is good, as I get to meet the guys I wouldn’t really be allowed to do anything with them unless I had a certificate to say I was aware of Health & Safety regulations. Thankfully three of us have been put forward to get our CSCS (Construction Skills Certification Scheme) cards, which allows us on site while they are working and to pitch in to experience what they do and how they work.

I have my test on the 7th May, and have been given the go ahead to go down to the depot on the 14th May. I have to say that I am quite excited to get out with the guys on the roads.

In the mean time I will be revising for my test, so I can definitely get to go out with the guys on the roads! 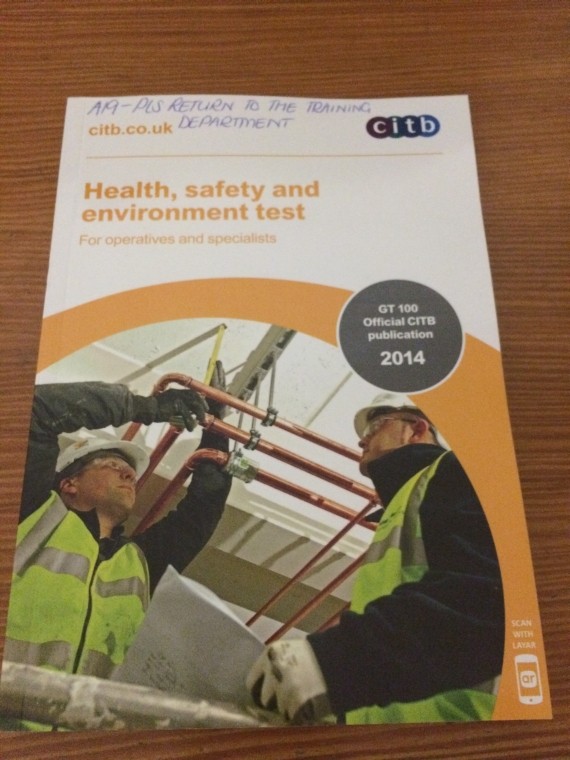 I love my job, but I also like variety. I wonder if I can have the best of both worlds?

I have had my Playstation 4 for around 6 months now and I believe I have adapted to console gaming quite well. When I first had a console it was in the year of Sonic the Hedgehog, Mario, Alex The Kidd, Street Fighter and Coolspot. Console gaming has advanced to the level of PC gaming now, so I thought it was about time I had my turn with it.

When I first started playing games properly I was a dedicated PC gamer, but it’s an expensive hobby to keep all my equipment up to date, and I just don’t have the time or money to do that now. Now days I don’t have the time to spend hours and hours playing, so it’s a just a once in a while thing, and with console gaming, you don’t need to update any hardware yet you can still play all the latest games unlike with a PC

You can see how far I have progressed with my console gaming from the two videos below.

The video below is from October 2014. It shows one of the better runs I had at the time. It’s still quite crap though.

Now compare it to how I play now. As you can see from the video below there is quite a difference. Not only in play style, but in technique and ability too.

I’d have to say that I’m quite proud of myself from going from a PC gamer to being able to play on a console. It’s quite a dramatic change.