It’s now half term and the kids have some time off of school, so they were coming down to mine for just over a week, but first I thought it be good to take Ryan to Alton Towers for the weekend as now he is tall enough to go on all of the rides.

I finished work on the Friday at 6am and moseyed on home and slept until 4pm at which time I got up got showered and packed my things. It’s now 6pm and I’m driving to go and get the boy from his mums. I arrive just after 8pm and was greeted with massive hugs and kisses from both of the kids. I spend about 45 minutes there before heading up the A34 to our destination. 4 long hours later we arrive in Stoke at our hotel. Turned out to be the wrong hotel – I had put the post code for another hotel I was looking at in the Sat Nav. No big deal as the actual hotel was only 5 miles in the direction we just come from.

We arrived at the proper hotel just after midnight. Checked in and headed to our room. I go in and there are two single beds. I stand there scratching my head thinking “I’m pretty sure I booked a family room”. We went back down stairs to reception and they changed our room to a double as they didn’t have any more family rooms left. It means sharing the bed with Ryan, but that wasn’t a problem. He snores just as much as I do! 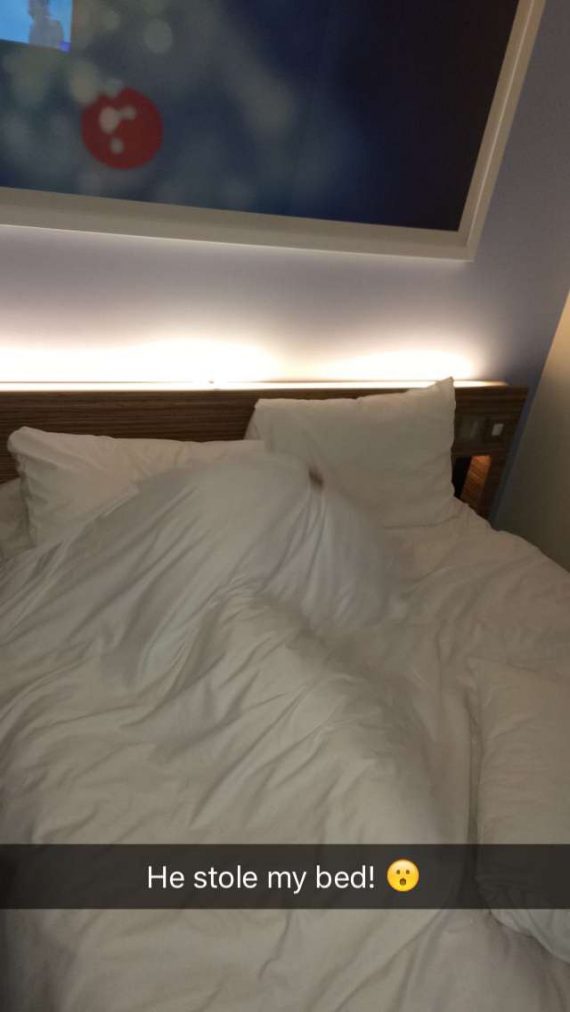 We were up at 7.30am the next morning and headed off to the nearest Premier Inn hotel as they do some cracking breakfasts. We filled up on grub and then headed off to Alton Towers arriving just after 10.30. We entered the park after the 15 minute walk from the car park and headed straight to our first ride. 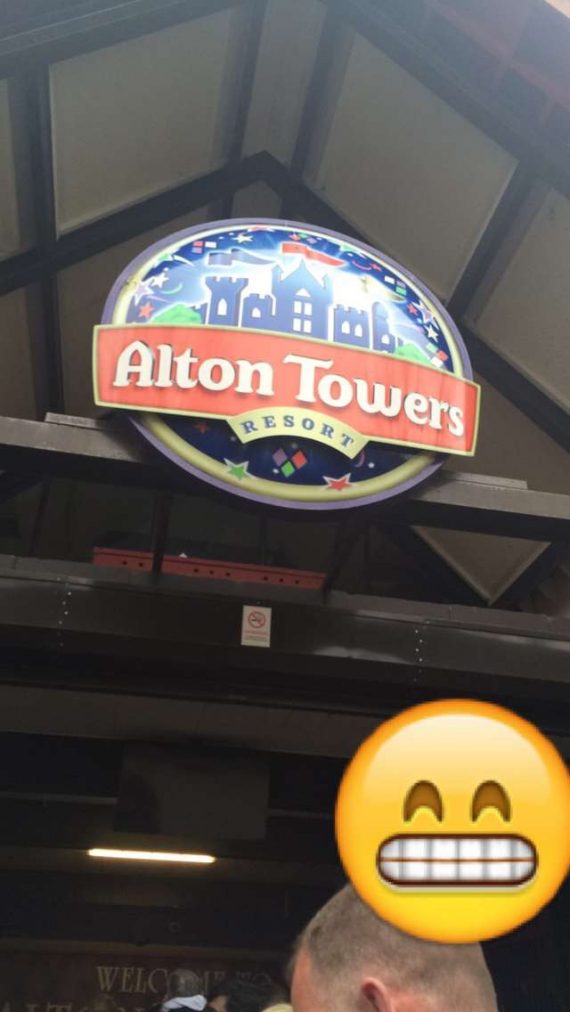 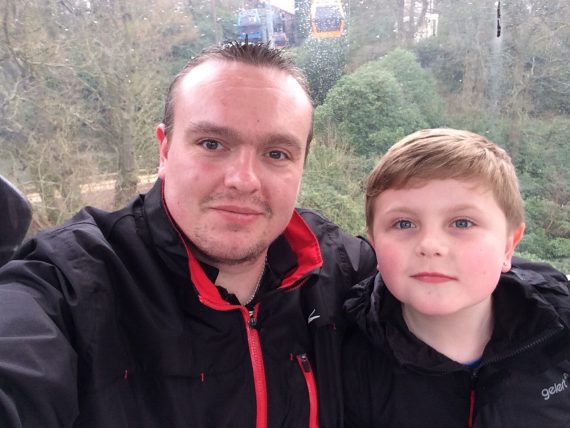 Our first ride – Ryans first “adult” ride was Oblivion. Thankfully for us anyway, the park has been pretty empty since the whole Smiler incident last year, so the waiting time was no longer than 5 minutes all day!

So we entered the “queue” (if you can call it that) for Oblivion and I bet Ryan £10 that he couldn’t sit the whole ride out without closing his eyes. He gladly accepted. We boarded the ride both nervous but excited. It climbed up to the top, which gave us a fantastic view of the park. It got to the edge – waited, and then dropped us down into oblivion. At this point I’m expecting a loud scream from my left. There was nothing but silence. Even I let out a scream (or two) on the way down. I was so proud of him, but was miffed I was £10 down. We walked out to the photo section to see the photo and asked to see it. I was not amused. I had been cheated out of my money! 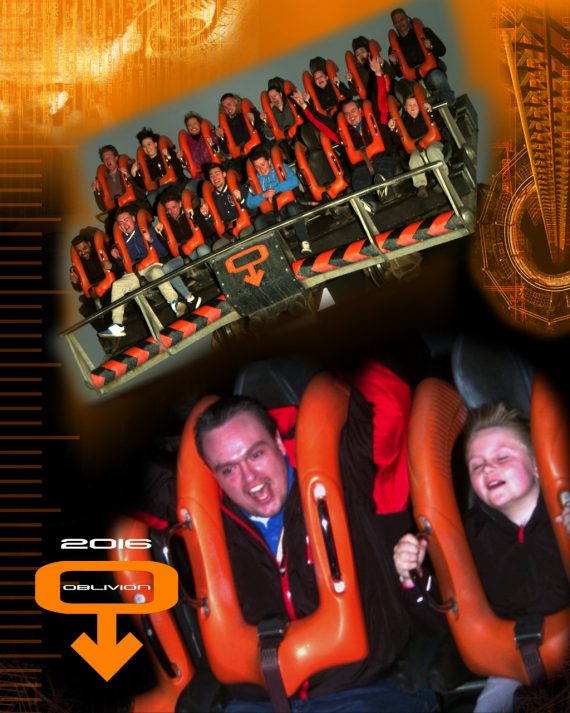 Ryan had it bloody eyes closed! I weren’t having that! We walked around and went on it again, I think this next photo says it all really! 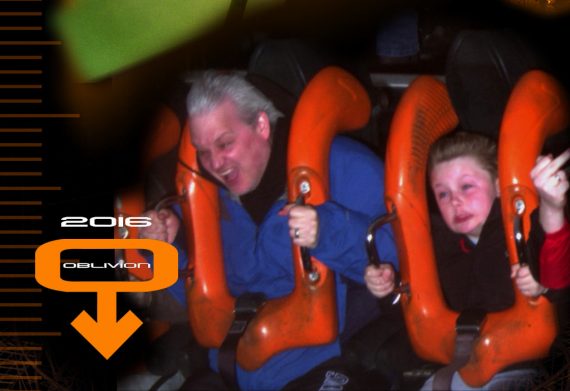 After a few more goes on Oblivion it was time for the one and only ride that caused a huge stir last year. The Smiler. We went on and it was great. It was much better than expected. We went on it about two more times. Ryan was loving it. At this point I had Ryans mum texting me asking how he was doing. We thought we would prank her. I sent her this photo! 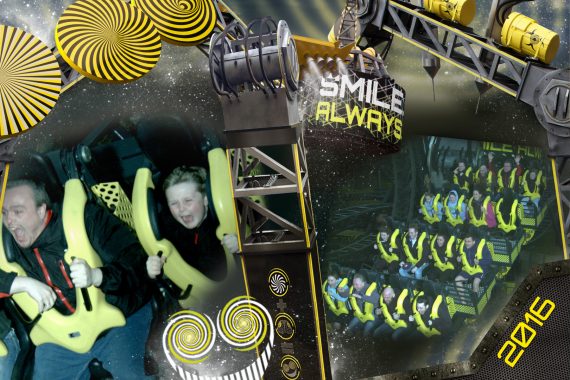 Was that a bit mean of me? Perhaps, but worth it for her reaction.

The day was drawing to an end so we headed over to Oblivion for the last ride. At this point it was raining quite a bit and going at 50mph in the rain was painful, but I wasn’t going to waste an opportunity for one last ride. Check out the photo. 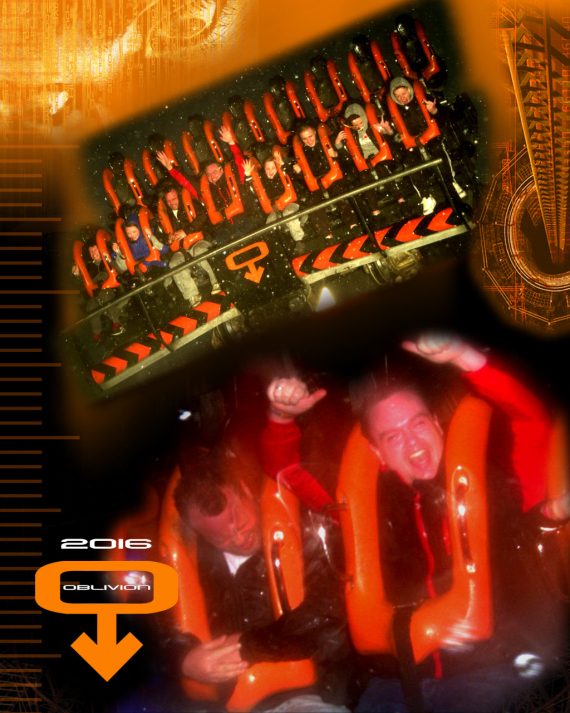 We were absolutely soaked by the end of the day. 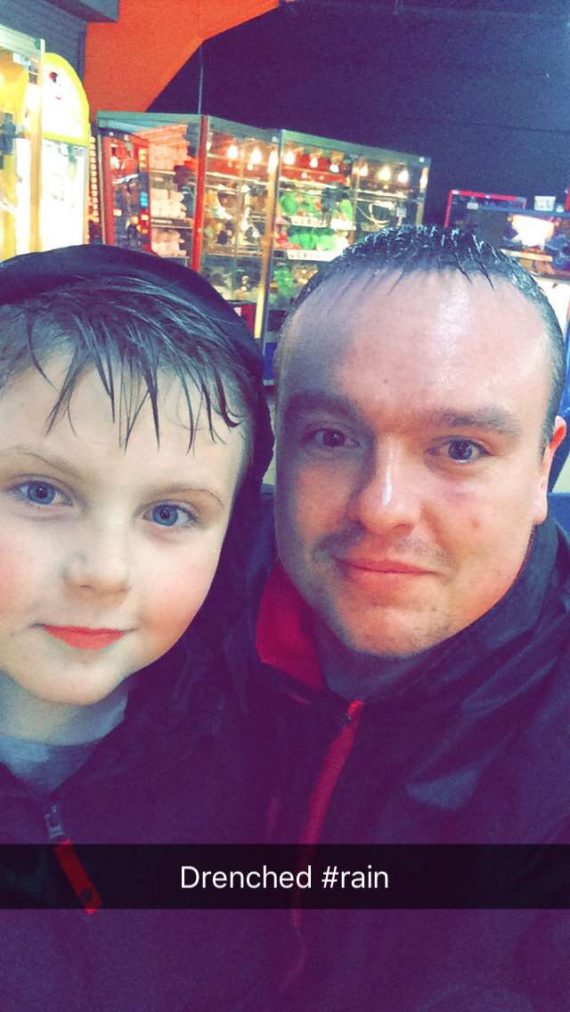 The next day it wasn’t raining as much which made the day much better. My favourite ride Nemesis was open today so we went on that quite a few times.  Even managed to get a few photos posed – because why not?! 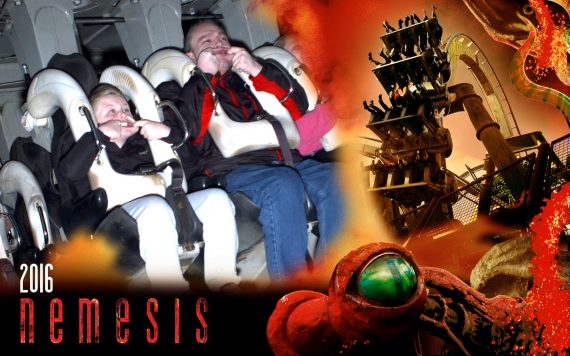 As we loved the Oblivion and Smiler we went on that quite a few times that day too. We also visited Rita. 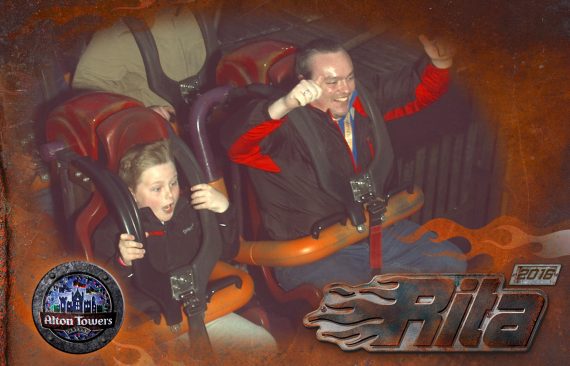