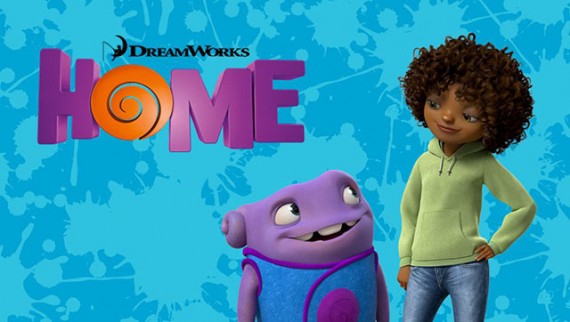 I took my two, my niece and sister to watch Home at the Odeon Cinema in Chatham this afternoon. It’s a pretty good film, and much better than I expected it to be. The kids seemed to enjoy themselves too, which is always good when spending money on them. If you have kids I would recommend taking them to see it before it leaves the cinema.

The plot as quoted from imdb.

When Oh, a loveable misfit from another planet, lands on Earth and finds himself on the run from his own people, he forms an unlikely friendship with an adventurous girl named Tip who is on a quest of her own. Through a series of comic adventures with Tip, Oh comes to understand that being different and making mistakes is all part of being human. And while he changes her planet and she changes his world, they discover the true meaning of the word HOME.

Have you seen it yet? What did you think of it? Did your children like it?